I took the game too seriously

The most common saying in EVE is "don't take the game too seriously". I completely misunderstood it. I believed it means "don't focus on gameplay results, just hang out with friends and have fun". So I dismissed it as social bullshit, especially as the most invested players were saying it who clearly didn't just hang out.

To see the reality, you just have to consider some examples: Taking the game seriously means focusing on gameplay results instead of ad revenues or RMT income. When they told me to don't take the game seriously, they meant "stop making a mess in the game, join us instead in earning multi-dollars".

Sure, everyone always suspected that prominent community figures make money at the expense of the game, but this is different. The thing is that making money was/is the norm and anyone not trying to make money was "outrageous lunacy, sheer tinfoil and unbelievably biased and unhinged craziness". And not like I was unfairly excluded. I was approached by many leaders and every single one of them started with "come to skype" which I responded with "if your offer can't go to CCP records, I'm not interested". Hell, even Falcon tried to talk to me over a beer. I had the highest traffic fansite after TMC, EN24 and Zebra. The last thing they wanted is me as their enemy. Just look at Lenny coming to my blog with Skype talk offers again and again and again, despite I didn't even attempt to be polite with him! He just went all out stalker troll when he realized that he can't convince me to stop shouting "IWI is an RMT site, CCP Team Security head says so" so his only option is to destroy my credibility even in BDO.

The bizarre thing is in their mind I was the baddie in EVE. There were these happy fellows earning their mortgage in a friendly atmosphere with their coworkers. Then an "anti-social jerk" (me) came along, tried to start a real war in the game giving money to other misfits who take the game too seriously (Tora, Gen Eve, Stunt), yelled whenever he found that everyone already knew but kept under the carpet and he didn't even do it to take the money but for damn pixels. And whenever one of the normal people tried to reason with that ass, the conversation ended up on his blog.

Moral of the story: if relevant people in a game are saying "don't take the game too seriously!", find another game! That one is likely just a front for monetization and your efforts will be sabotaged because you mess with their mortgage without even knowing about it. Black Desert Online makes huge effort, sometimes even damaging the game experience (capcha in the marketplace is annoying as hell) to fight RMT-ers and monetizers. No one ever told "you take the game too seriously" there. Granted, there are parts that can't be taken seriously at all, like the pay-to-remain-competitive item of the month (every month you need to spend around $20, consider it subscription): 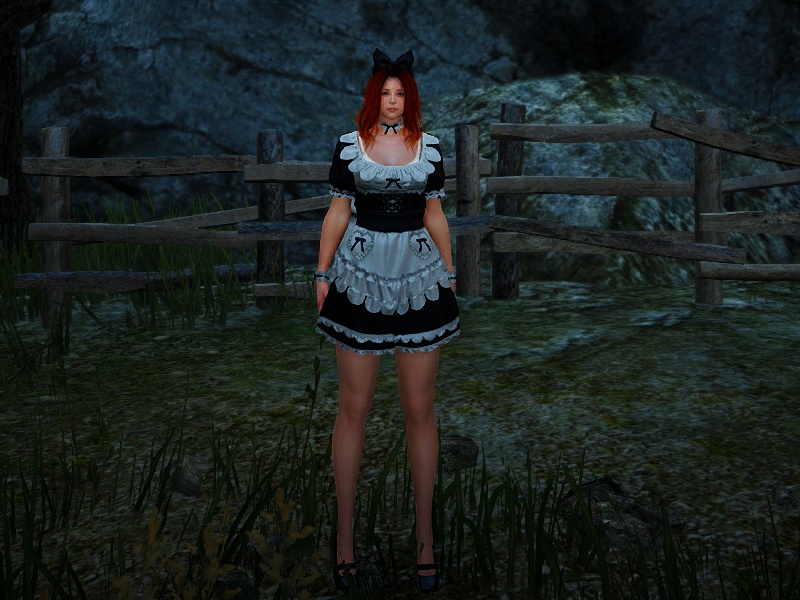 At least I'm not at the keyboard when she has to wear this ridiculous thing.

Of course if you are still playing EVE, stop it! Every minute you spend there is money for those who "get EVE"!

not sure how I am padding their coffers, but if so more power to them. I don't take the game seriously I am not space poors nor am I space Richie Rich. I make enough to replace the stuff I lose, some fights are fun some are not. I remember fondly wiping the grid with goons and PL, I remember less fondly of being wiped from grid by both. I can remember one arranged fight, and it sucked it almost cost my friend his place in provi. Core said "no one shoot pro god we agreed" to which my friends alliance said "we didn't agree" and promptly shot at pro god. Then again we are provi so we really don't play the way most everyone else plays, we seem to play an almost different game then everyone else in null. I know that there are some like us in game but none as concentrated nor as stubborn and silly like us. Lenny offered us money, he offered us a seat at the table (with the big boys), MBC even offered us "lands". Who could refuse such an offer? Provi did instead we fought everyone when we could find them, if goons were on the field we fought with MBC if goons blue balled we fought MBC. We don't take the game seriously but we sure as hell are not padding anyones RL wallets.

What's this item that you need to get to remain competitive?

"Just look at Lenny coming to my blog with Skype talk offers again and again and again, despite I didn't even attempt to be polite with him! He just went all out stalker troll when he realized that he can't convince me to stop shouting "IWI is an RMT site, CCP Team Security head says so" so his only option is to destroy my credibility even in BDO."


I am really confused about how you think Lenny is a stalker troll.

Also, anyone with a basic understanding of English would not think Lenny commenting that your economic knowledge was good is an attack on you.

Some eve players might consider it evidence of what they already think about the market knowledge of IWI players, but, it is definitely not an attack on you.


It seems you are just looking for a reason to come back to Eve, which is fine, but, then do that...instead of trying to find ways to use BDO to show that you really really have moved past Eve, honest, and you are not hung up on it, really.

The thing in EVE is that there is no real pve, no storries etc. So you need your enemy to play along so you can have fun. That is th reason why RvB exist. If you think abot it a "RvB" style Wargame is the ultimate goal in eve. You know if your enemy upships you and you loose you loose all your fun ...

@Provi Miner: good for you! You are one region out of the almost hundred. A reserve (or ghetto) of true players among the monetizer sea.

@l2pnub: it's a costume that allow to process AFK about 2x longer. So you can go to sleep or work and your character earns money.

@Anon: following someone to a new space is stalking on its own. Also, while he tries to maintain some kind of look of neutrality, his real purpose is to link his own paid PR articles to reinforce that he did everything in EVE and I'm not to be taken seriously.

@Last anon: in EVE there is no stories BECAUSE of shit like RvB and the monetizers who stop them from being formed. By the way they couldn't stop the story of the fall of Goons. They could only steal credit.

As someone who's had an alt in RvB for a long time, they have enough great stories to tell, I can assure you. Sure, it might not be about conquering sovereignty or battles with thousands of players, but that is also not their focus.

People playing this game purely to RMT are a minority. For most people, this is still a videogame meant to have fun. And to have fun in PvP, you need to not be horribly outnumbered. That's why people arrange fights and RvB is probably the best example.

Hey Gelvon, followed you on this site for a long time. Still play eve. Just one question for you.

Honestly how big is the RMT empire anyways in terms of $$$$? Are there really that many people that (A) Can't afford it, (B) Can't earn enough in game , (C) Don't want to pay CCP through legal means and thus have to go to more shady methods.

I have checked out the few sites I know that sell ISK. I have even purchased gold in other games before so I am not taking a moral approach, I am more asking from a economical approach. Are there really that many people that buy to pay people;s mortgages?

Not a criticism , more asking how big is this underground market to begin with?

@Anon Are you asking Gevlon to do the work of measuring the underground profit? Why should he do the work for you? Are you incapable of doing the research? Wouldn't any answer he provided be critiqued as biased anyway?