Archeage is a relatively low population MMO with multiple servers, including "fresh start" ones, only available to new players. Like in every themepark MMO, the goal of the players is to get "l33t gear". The item encyclopedia informs you about available upgrades. 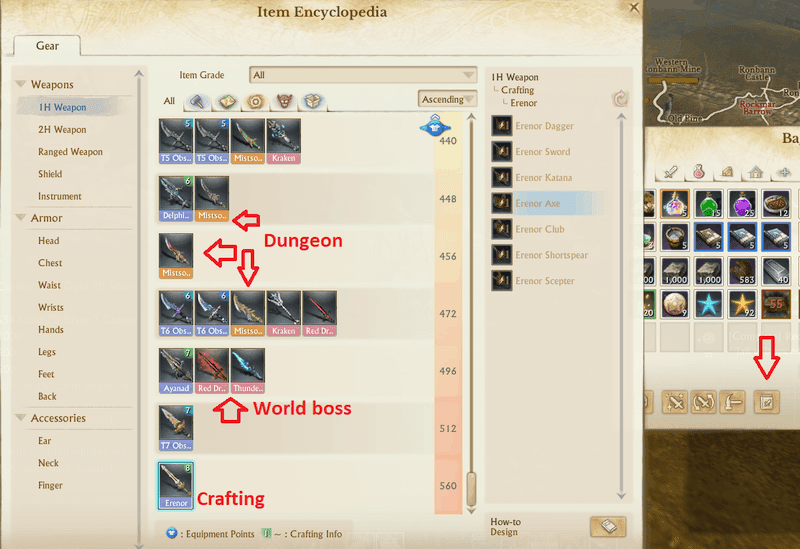 The top items are all crafted and tradeable, with the explicit purpose that P2W players can deck their characters out by throwing a couple thousand dollars on the problem. While the devs aren't selling gear, they sell powerups that you can sell to other players for in-game currency and "APEX", which you can also sell allowing free players to subscribe the game. Subscription adds lot of bonuses, including the ability to effectively use the AH, so it's practically mandatory for any kind of serious play. 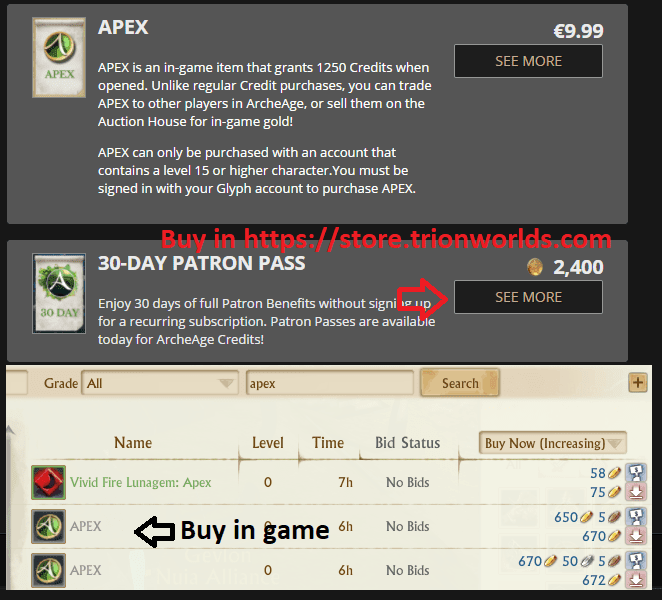 Resell of APEX and other P2W items is possible, which is usually a "don't play" red flag, because it's very easy to make extreme income with speculation using internal info. However I haven't seen price fluctuation. What you see on the chart is the average price being skewed by idiot (or RMT) buys and sales: 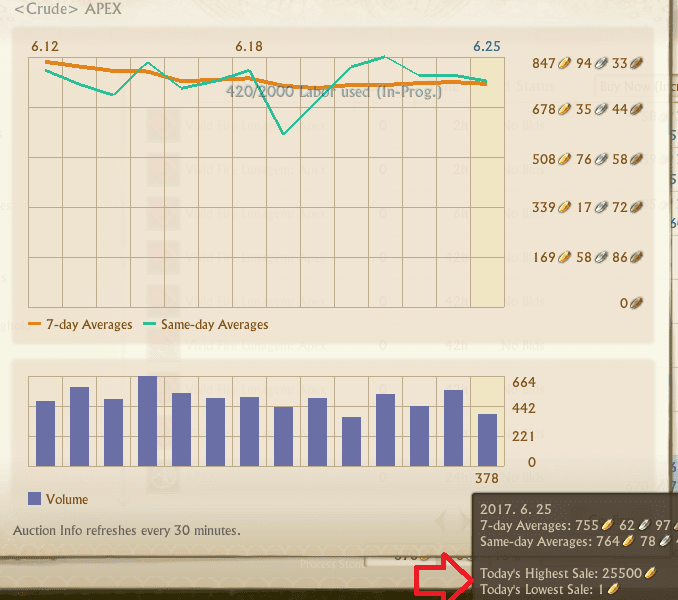 The reason is probably the punitive 5% sales tax that makes abusing small fluctuations impossible. Also, I've checked RMT prices and they sell an APEX worth for $7 where the official price is $10, so RMT is probably not relevant (who the hell risks ban for 30% discount?!). Finally, it's not some small studio, so I believe that the devs aren't corrupted, the game is just a shallow P2W MMO instead of rigged.

Anyway, if you play it for some weird reason, I developed a method how can you get rich with no money spent and very little human time spent. It uses the following income sources: