You didn't see this coming, did you? Lenny sure didn't and had to order his mindless minion to delete the Reddit post about it (link was in the text), as the last thing he wants for it is more publicity. If you want EVE post, read it. If not, continue here.

Important disclaimer: Goons did not offer me any position. But requesting an article on their site where I was previously boycotted to be even mentioned and accepting that article and introducing me as "head of the GRR Goons Project" clearly hints something and not just that Goon leaders themselves know who did the lion's share in evicting them (hint: not Lenny). It seems all they are waiting for is an application.

I'll be honest: I'm very tempted. Not just because kicking Lenny and his multi-hundred thousand-dollars RMT empire would be fun (16T with 5$/B is $80K and this is just promotion expense, imagine their income). Not just because the reactions of Lucas Kell, Syncaine and other CFC trolls would be golden if I'd show up in their camp and above their heads. But because my goal was never to destroy but to change them into more meritocratic (some of my advises are years old) and helping them to change would be a dream coming true.

I've been playing Black Desert Online for two months and not a single BDO player told me to kill myself or called me the worst person ever lived. I didn't change for the better just because I've downloaded BDO, my play and posts are on the same level as they were in my EVE time. It just seems that the BDO players don't feel the need to call me (or each other) hateful things. Probably many of them think that my posts are worthless and do what reasonable people do: ignore them instead of posting 100+ comments on Reddit how bad they are.

I want to belong there, not to EVE.

This would be a wonderful paragraph to jab against the man who poisoned my personal EVE experience and cheerleads the r/eve trolls, but he can't be responsible all alone, especially since most hate isn't targeted at me, everyone who is a bit visible get his share. Reaching that abysmal amount of toxicity was team effort of players and devs. Well, you made your bed, enjoy sleeping in it! I'm out, with a quote from the Queen-until-patched of Altinova. 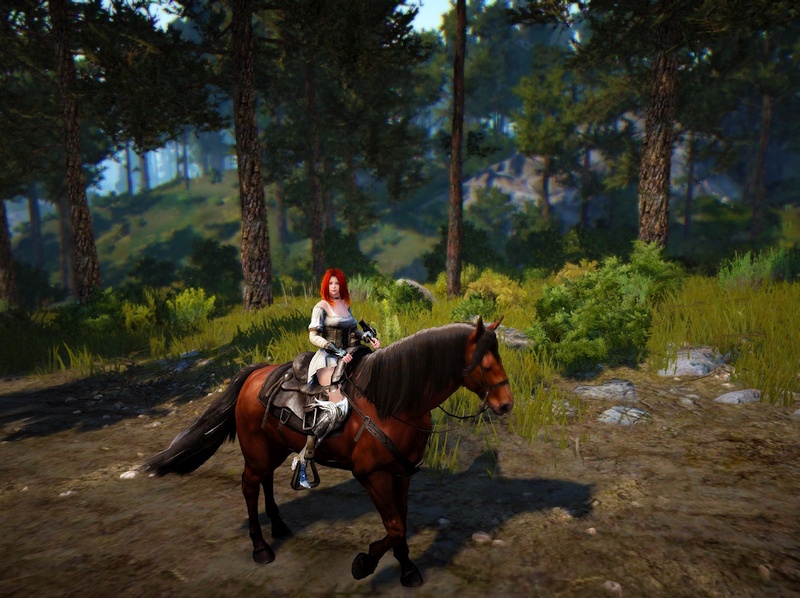 I must admit, I did a double take when I followed the link and it was an article from you on TMC.

... Alternatively, the devs implemented some sort of an automatic image filter
A community is often only as good as its moderation

@maxim: It's unlikely that they can filter for all kind of offensive content in pictures AND they don't filter for faces.

I agree that moderation goes a long way and CCP didn't only "failed to", but devs are often the ones who would be first banned by a decent moderator.

You could have got the same effect in WoW.

Eve players play BDO (A lot of them), the difference is, nothing matters in BDO. People do not care about losing stuff, whereas people in eve (including yourself), take internet pixels incredibly seriously. I would be careful about lionising them as some sort of perfect community.

On BDO related matters, did you see the tax income from the guild controlling the area around Heidel? Perhaps that should be your project, an "undergeared"/PUG type guild to maximise your income, as 1b/week seems a decent amount

In EVE people barely ever lose meaningful stuff. Losing an SRPed interceptor isn't bigger loss than having to change channel and run back from the node manager to the Sausans. In EVE people are simply assholes and rationalize it by "being serious gamers". Hint: no serious gamer would touch a subcap in EVE.

Somehow all 4 territorial guild occupancies on your server (and mine, Jordine) are all decent pictures: Millennium, Harmony, (where did Serendia/Heidel go... it's unuccupied all of a sudden), and ok ok Grind is the most out of touch icon, but still non trolly.

@Gevlon
If i were solving this issue, i'd implement a two-layer moderation. First - automatic moderation and then human moderation for what passes automatic.
I find it exceedingly hard to imagine an MMO designer worth his salary that allows image uploads without any filters. People may be "not ready for western trolls", but not on this level.

When the TMC page loaded and saw a goblin on the header I nearly spat out my coffee. Of course it was futile on your part, because people there do not want to admit they were wrong. They very much prefer the story of being crushed by a huge enemy rather than 'it was your own failures that got you where you are'. I'm sure the leaders realise it, but they will have to find another angle to sell to the F1 sheep.

However, it was one of your best texts ever, and it was a good summary of the reasoning behing the GRR project.

@Thitian: imagine when Lenny opened the same page!
It's practically what I've been telling them for years, but now they are defeated enough to have to listen. The "we were defeated by a huge enemy" narrative is lovely for them, but it's useless as it gives no advice how to stand up. So every day they cling to it is another day in Saranen. So the leaders must decide: accept the outcry and one-time member loss to reform or keep on pushing morale posts until slowly everyone gives up.

Hint: no serious gamer would touch a subcap in EVE.
Are you willing to expand on this? Or by chance do you already have a post somewhere in your archives which expands on this. I should think it would be valuable to understand why this is.

@Dornier: what kind of ships PL is flying?

That's too bad Gevlon. I think you are able to really make a difference in Eve as opposed to BDO. Test was too far gone to save but maybe goons aren't.

If you can change them then that should be proof enough to everyone how one person can affect the outcome.

@Sacula: and I shall suffer the constant sabotage of Falcon, along with the insane amount of hate cheerleaded by him? No thanks!

i see a bright future for you as a cfc stratop fc.

@daniel: I don't. (unless Falcon is fired, which is extremely unlikely)

Ok this was hilarious. Seeing a post of yours on TMC with a fat grinning goblin was priceless. Also your article was very well written (better than most of your daily postings). And what happened? 95% of the commentaries were variants of insults against you, bereft of any argument.

So yeah I wish you good luck in your endeavour versus Falcon and his RMTers. But it seems to me that EVE and its community is beyond hope.

Well. looks like LAWN and Goonswarm are in the process of taking backing sov now, so Lenny and Co. were premature in their victory celebrations and plans to rewrite history. Clearly, Lenny and Co. seem to lack the will to keep the Imperium bottled up until they collapse, so it might all turn out to be nothing but a mere footnote in the history of EVE Online, once the blue donut is restored. Trillions of ISK spent by IWI, with nothing to show for it in the end. That will be a good joke.

or maybe its just the same as in eve where noone knew you and noone cared about posting within your first 2 months.