Yes, you can be objective!

I've found this video back in the day when I was reading politics 8 hours a day. Which is exciting but not at all productive. Anyway, the speaker is telling that going for objectivity is futile, as our brain is so biased. Her best example is this picture where the two middle squares are exactly the same color, yet our brain interpret them differently: 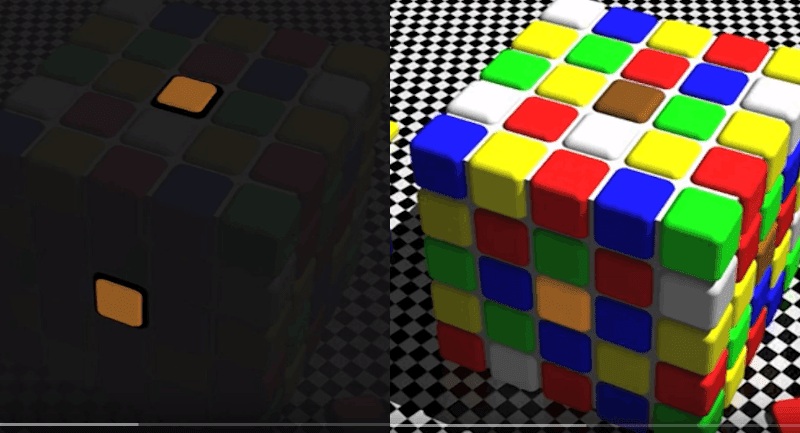 She claims that we should just embrace our subjectivity. I wouldn't agree, because mankind somehow managed to reach the Moon from tree-dwelling apes in 10000 years which is probably not done by flinging poo. How can you be objective? Well, my whole blog is about searching that and several projects were run with successes. Let me remind you of the rules of my WoW guild "The PuG" which raided pre-group finder in top 5% with no attendance, gear requirements and forced classes like "proper" guilds:
All of these rules are made to not see a contributor as a "tribe member" that would trigger biases in our brain. We are indeed not capable of unbiased evaluation of friends and enemies. But we can do with strangers and their ideas. The reason why political groups are so biased is their very strong tribal behavior. To win the election you must support the whole party platform, even parts that you despise. I see devout Trump supporters finding excuses for DACA still being here, the Syrian bombings and his recent nonsense about that braindead baby in the UK.

Probably the best way to be unbiased in politics is focusing one important issue and publishing in only that. This allows you to support a candidate based on his position on that issue without having to mind-trick yourself into supporting nonsense. A focused anti-immigration guy can say "Trump is better on immigration and I don't care about the rest of him" without either endorsing and excusing his wrongdoing nor openly criticizing him for them, providing de-facto Dem ads.

Finally: probably no one can be objective alone, locked into his own flawed brain. Passing ideas in non-personal writing and reading the texts of others is necessary for knowledge to grow. This is why I'm forcing myself to crawl on gaming blogs.
at 03:00

That's exactly what science did for 3 centuries.
However, the fun part here is that the only reason science got right everything that it did get right was that, at the fundamental conception level, the whole scientific methodology was envisioned as a highly subjective dialogue between a human being and the divine (read Francis Bacon for more)

There is no such thing as high-energy objective drive, though subjective stuff that is shared across many people can, to a point, be treated as if it is objective (that applies to both low=level stuff, like hunger and fear of death, and widely shared morals and ethics)

@Maxim
Just because being 100% objective is impossible does not mean that we should abandon our pursuits.
Objectivity is not binary. You only need to be objective enough to solve your problem.

"insert-idiot studies" are highly anti-objective or sudo-objective https://www.thecollegefix.com/post/32830/. This is considered science. thanks to marxists identity bullshit dogma that is rampant at western uni and schools.

The scientific method is hardly set in stone and evolves with technology. but hey I guess it doesn't matter to go into it further because fact based "insert-anything" is oppressive. this will end soon anyway.

In other words those snowflakes don't care what ever you did in full blues or solo. they don't recognise you until you are socially valuable for them. by for example having a youtube/twitch channel and metaphorical suck teen dicks every single day for entertainment and in their distorted world be "their friend" or "the man". I mention this because it was vid.con US. I didn't know how horrible you have to sell out you integrity and soul to make it in that industry. I guess it is easier and more lucrative to fully accept and embrace the prostitution role and stop lying to oneself.

The problem with being objective 100% of the time is lack of internal drive; in fact, "objective" approach is based on suppressing many internal drives that fuel our heuristics.

In "PUG" you asked people to come with their own already existing drive in pursuit of specific goal. Goal was reached, it became "proven", and then drive evaporated (despite, as far as i remember, not all "milestones" being hit - that is, not all bosses been proven as killable or not killable in blues).

If you want to keep drive you got to have all those ggs and gzs driving people where you want them to be (and that can be even driving them toward objectivity) rather then ban it outright.

Did i, at any point, said you shouldn't do it?
Just be aware of the limitations and don't be afraid to be a little subjective when pure objectivity isn't cutting it.

Actually the speaker is proving objectivity. The perception of the object follows relationally from the identity of the consciousness and identity of the shape being observed. Notice how you can't change your perception of it regardless of the fact you would prefer it to look the same. The argument that is being made is in essence that consciousness is distorting reality. How did she arrive at that you might ask. By using her distorted consciousness to figure it out. The whole thing is one big fallacy.

@Shalcker: the problem is that our heuristics are known to manipulators, so if you use them in a setting where they are present (for example in a shop or bank), you are 100% wrong with heuristics. Example: every idiot with a 30% interest credit card loan.

"I wouldn't agree, because mankind somehow managed to reach the Moon from tree-dwelling apes in 10000 years which is probably not done by flinging poo."

It was a subjective decision that the best use of the money was to go to the moon. Others would have had a different subjective view.

The scientific method is full of subjectivity, hence we have peer review to hopefully counter some of that.

Your own, objective blogs, start from a subjective viewpoint. What was your objective reasoning that the best person to govern the USA was Donald Trump?

As to the "PUG", I was in it, with a group of RL friends. So, to say there was no tribalism was incorrect. There were also people who knew each other online who joined for various reasons.

Your assumption with PUG was that it was bringing together a group of strangers. The objective goal was to prove this.
Did you or your girlfriend have previous interactions with anyone else in the guild prior to starting it?

From a scientific method viewpoint, the PUG was not objective. It did not even fulfil the hypothesis, which could be framed as "A group of random individuals without experience can perform as well as the top raid guilds"

Your group was not random individuals, nor those without experience. The hypothesis could better have been framed as "People with knowledge of the game mechanics, and experience in a variety of situations can work together to defeat raid bosses".

I no longer play WoW, but, my group of friends who were in PUG with me still run around various games with me. Our guild chat is always silent. This is because we use other chat clients or voice clients. Since we have been playing MMOs for 14 years now, little surprises us (or most long-term players of MMOs). It is not surprising that we, or any other group with experience, do not find encounters difficult.

The challenge would be: Take players who are new to a game, or ideally MMOs in general (Sourcing them would be the challenge), using your PUG strategy, take them through the top raid content in a game of your choice.

@Gevlon: the problem is that our heuristics are known to manipulators, so if you use them in a setting where they are present (for example in a shop or bank), you are 100% wrong with heuristics. Example: every idiot with a 30% interest credit card loan.

Manipulation isn't problem that can be really solved by "objective approach" - if sufficiently widespread manipulators just get you different kind of puzzles and limited/massaged data that leads you to wrong conclusions from perfectly objective evaluation.

There are manipulations and fraud in sciences too, after all, despite all peer review.

Just like financial fraud, some of them get caught, and some don't; it can take long time before anyone tries to repeat published results, and many reasons it can fail for others even if it really worked for those who published them.

Objectively, not everyone has both means and willingness to understand intricacies of finances, and yet finances do want to invite everyone to keep growing.

@Shalcker: it needs effort to conjure up a not self-contradicting collection of lies. On the other hand heuristics manipulation needs a weekend training, doesn't even need knowledge of the field: a good salesman sells you life insurance just as fast as a vacuum cleaner. The objective approach protects you from all low-effort, high spread (he just want a mark, not you) manipulators.

On the other hand people who embrace their "emotions and impulses" are scammed every day effortlessly and end up in poverty and misery.

I remember playing in The PuG.. i was a DK tank in WotLK and a resto druid in Cata. I love you Gevlon and i miss those times. I remember struggling for gold doing my dailies and every mistake (or internet disconnect since my connection was crap back then) cost me 300g.

Bidding with gold on every item then distributing the profits amongst all players was so awesome, i could actually earn quite a bit raiding with the PuG. (as long as i didnt fail too much)

If you ever start playing WoW again please ressurect The PuG. i'd be more than happy to join again!

im the purple tree in this picture you took, gevlon:
https://lh6.googleusercontent.com/_TkQUof6Z5gM/Tbm9AB-EOBI/AAAAAAAACGs/WUKZzOlzhuQ/s800/nef.jpg