The death of the Imperium

Many groups were defeated and evicted. TEST in Fountain. SOLAR and AAA by HBC. PL and NC. in B-R. A defeat is not the end of the World. Assuming there will be some kind of playable EVE left after New Jita, I'm sure that Goonwaffe will keep living, housing the SA Goons, who can even be invigorated by the "all the pubbies hate us" relevation. Probably Goonswarm Federation will also exist in some form, as they surely have Karmafleet and some corps that stick to Goonwaffe for some reason or other. 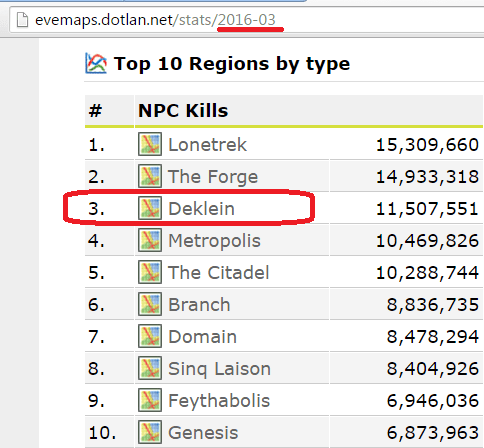 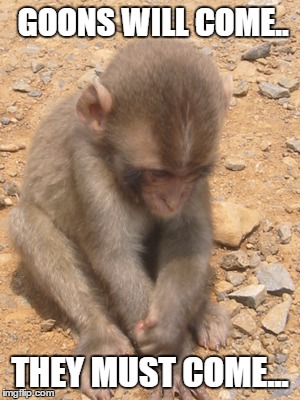 There is simply no coming back from this treachery. There won't be anyone who would trust Goons ever again and work with them after they let all their "valued allies" burn without lifting a finger. Even if they could infiltrate an alliance and put director spies to sign treaties with, there won't be anyone who would stay in these slave alliances after Goons are blued. Every line member would know what would happen to him in a war.

Did you see this coming? The members of FCON, CO2, SMA and the rest of the slave alliances didn't, despite I predicted it three years ago. You see, the problem isn't simply "Mittani and Sion are bad people who lied to the FCON and CO2 leaders to hire them for meatshield". It's not even true. Pings went out. Boat was streaming bringing fleets out to allied space, fighting the invaders. The Goon leadership stayed true to "be the best possible friend and the worst possible enemy" mantra. But it counted for nothing. The line members didn't bother to fleet up and ratted or mined in Deklein while their allies were dying.

TEST put two thousand men to 6VDT and regularly fielded a thousand during a very uneven war, despite leadership was barely existent (Booda missing for days, Beffah resigned, barely any FCs, thefts every day). But the line members still fleeted up for the next TESTie. Morale was high till the very end when the last men standing in the fleet warped on the dread fleet to take out at least one dread before they go down. Such opportunity in for Goons was M-OEE8. Considering alliance sizes, with the spirit of TEST, Goons should have fielded 2500 men. They fielded 400. With TEST numbers, they would have won that battle and even if they'd continue to struggle with countless little timers, they would have turned the narrative and stopped the dogpiling. Probably the less invested MBC members (khm PL) "got bored" after such battle. CO2 wouldn't have left for sure.

But they didn't, because they couldn't. The culture within Goonswarm was belittling and mocking towards the allies. They were looked - just as I wrote 3 years ago - as Jim Crows, useless minions who aren't worth giving up a ratting tick. And there is nothing in the World the Goon leadership can do about this. Everyone knows that the line Goons see them as worthless pubbies and won't help. The Horn of Goondor is worthless, not because it's not blown, but because no one cares. The sad monkey image is not on The Mittani. It's on the Goons themselves. No rebranding, no leader change, not the return of Darius or Kartoon can do anything about it. The whole New Eden learned that "the Goons" are worthless friends.

Of course The Mittani and the rest of the leaders are not without blame at all. Not like they weren't warned. Fun fact: had Goons accepted my peace terms merely 7 weeks ago, they probably still be fine. Not because of me of course, but because merging SMA into Goonswarm and resetting those who refuse to merge would have saved SMA members from being farmed. If TISHU faced resistance, PH wouldn't have come to Fade, starting the dogpiling. Today we'd say "SMA leadership was crap, but Goons stepped in and saved their friends from the crappy managers" instead of "free kills in Fade and Tenal, the locals are worthless and Goons don't care!" But the ego of Mittani, Sion and the rest of the "stockholders" were too high and they ignored my terms (there will be a post later about my "terms" which weren't really terms). Didn't want that coalition anyway, I guess.


Update: Asher claimed that not Goons were ratting in Deklein, but all of those bee guys. So I re-ran the March loss report for Deklein only:
Below you can see how many killers were on their kill reports, proving that solo and small gang are not dead:
Below you can see how many ships and ISK they lost in different ship value groups:
Let's see the top killers and their 500M+ kills!

All the more reason for Money Badgers to do an Ender and go directly to Goonswarm's home and burn it.

S Riojas - Never fear, we're on the way. Burning every planet and station we come across on between.

Very much like Ender in fact. Death to Formics/Goons!

The Horn of Goondor is worthless, not because it's not blown, but because no one cares

It shouldn't be surprising to see Dek to remain high in those stats -- not because of some manufactured treachery, but because GSF has opened the Deklein couch and ratting rights to everyone displaced during the war thus far.

What were the exact numbers for the SOTG? I heard it was around 800 GSF in attendance on mumble, and only ~200 came to the fleet afterwards. That means even directly after a huge speech about "helping our allies" 3/4 of goons just logged straight off??

I wonder how many of the pets will go and defend Deklein. IF I were a pet I would certainly be finding another game to enjoy for the next few weeks.

I'm actually quite curious, what were the numbers around if you broke alliance losses by total amount of players?

Something like, if an alliance of 10 people lost 10b, they lost 1b each collectively, or if an alliance of 10k lost 100B, it would be closer to 1m per player. Would be a great way of putting in perspective the burdens of being a alliance and coalition member.

"Finally, the zone distribution that shows that CFC mostly dies at home, usually while ratting: "

So, if they mostly die while ratting, and not while pvping, isnt that problematic if they decide to actually pvp?

The ratting and mining appears to be up intentionally to increase system ADM. They can't outblob for once so they are making it more difficult to entosis Dek. Their only fleets that seem to go out now are interceptors or bombers. As they once ridiculed MOA for flying that doctrine now they themselves embrace it.

And while FCON does look like a mess with membership crashing and daily insurance frauds showing up on killboards, goon membership is rising with old members coming back for this "content".