The dev blog is out with the rebalancing of modules. Meta 1-4 modules used to be useless except for one, now each are given a role or merged into others. This is good. Faction and deadspace modules are changed too. This is good for some and bad for others. But there is something that I see no upside: several modules left redundant or made redundant. Below you can see the tables from the dev blog. The ones with the same background color are identical in stats, yet they are different items, so you must search all of them in the market for buying the cheapest one. This is bad complexity, adds nothing to the game. The identical modules should be merged. Having only one would also bring better price stability due to higher volume. 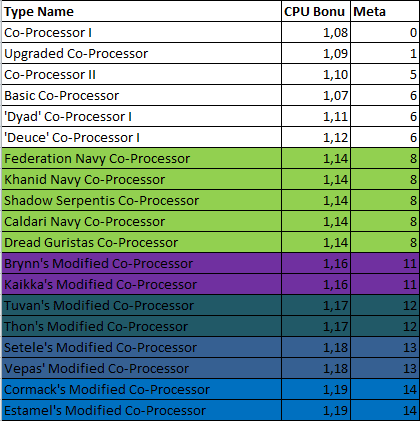 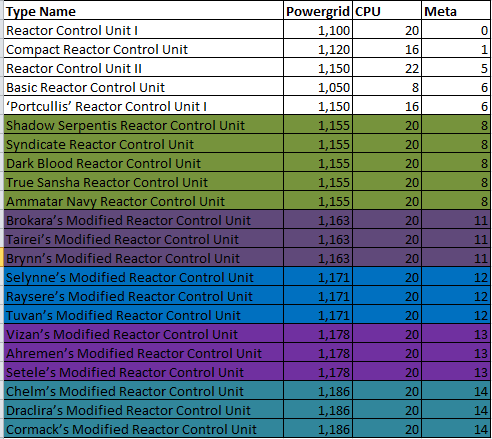 Before you'd say "lore", there is nothing against putting a flavor text to the merged item like the "Navy Co-Processor" could say "This advanced co-processor was independently developed and used by Caldari, Federation and Khanid navies. Shadow Serpentis and Dread Gurista pilots often use them if they can get their hands on them."

agree really... I don't like to see flavour go though.. Would be nice if each of the pirate versions remained in play,but got a pirate specific bonus (or a fitting bonus when used *on* the pirate ships they are designed for.

If we talk about bad complexity, what do you think about the compressed ore market?

If you want to move large amounts of minerals, compressed ore is the way to go. But what we get is a market with 16 different Ores, with 3 different for each type.

One suggestion i came across was, instead of: