You might heard that a player has modified the Wiki to appear as the alt of Chribba, a respected third-party escrow service provider and then scammed almost half trillion ISK from players wanting to trade their supercapitals trough him (actually trough Chribba). He was banned of course and his scams reversed. It also made CCP to clarify their rules about impersonation.

However the point of the article isn’t the scam itself, it’s the problematic system of using third-party transaction services. The third party gets both the ship and the money and then give them to the clients. Or not, as the infamous The Mittani supercap escrow service did.

But what else can we do? – you might ask. CCP did not provide a secure interface for trading supercapitals or POS-es, someone has to transfer first. Instead of trusting in a total stranger, I’d rather trust Chribba!

The logic above is wrong because both supercapitals and valuable (typically moon) POS-es are alliance-related assets. I mean you have absolutely no use to a titan or a supercarrier if you aren’t in a serious alliance. Look, even I don’t have a titan, despite clearly could afford several. What the hell would I do with it?

Supers don’t just fall out of the sky, they can only be built in special structures that need Sovereignty in the system and lot of time for building. So they can’t really be ninja-built. Therefore a supercapital both in birth and in usage is bound to an alliance. This allows a very safe way of trading them: trough alliance diplomats. Diplomats don’t scam because such act would make the alliance itself look untrustable, making them unable to make treaties. So the proper way to get a titan is finding one in the alliance first, then on the open market and then make a trade through the diplomats. I’m sure they’d gladly help to get one more titan pilot on the buyer side, and they would love to support alliance production – assuming the alliance get its cut.

How could people without an alliance backing them trying to buy titans? Because they are dumb. They just want a huge status symbol that they won’t really use. They’ll have it logged off, only to log it in when their neut-scout confirms the emptiness of the system to update the skill queue and to make screenshots to show off. While the scammer of the story deserved to be banned for messing with the Wiki, the scammed buyers also deserved to lose their ships because they wanted something that wasn’t only out of their league, but totally not needed in their league. If you don’t have a capital blob to join, you don’t need a super at all.

If you are in an alliance that neither has the capacity to build supers, nor any serious alliance negotiate with them the sell of supers, you are in the same position: you don't need a super. Use a dreadnought to grind down structures, those can dock, can be built in lowsec and when you lose it, it cost 1.5B if insured instead of 25B!


Every day something good happens with the miners: 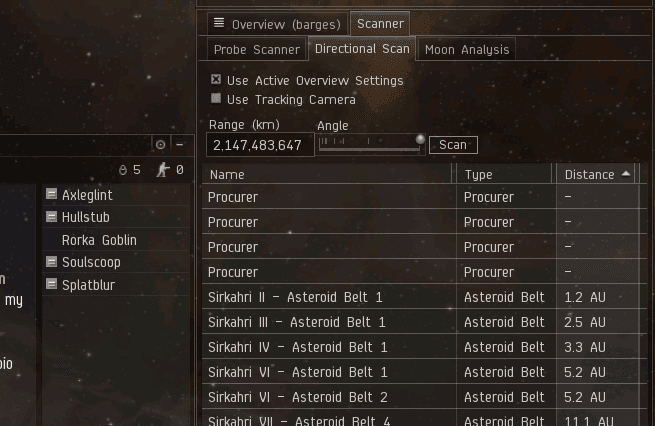 As you can see, everyone except my scout is in a Procurer.
at 03:00

Ok so Rook and Kings have titans. They are a lowsec alliance. They have no means of building supers. But they need titans in order to run the majority of their doctrines and project force across the map.

By your reasoning (and correct me if i am wrong here) they don't need supers and shouldn't have them because they can't build them?

Not every alliance that uses supers is capable of capable of building them then though. Take BL for example. they are clearly big enough for them and use them well, however they are not a sov holding alliance. So they have to buy from outside.
Not many sellers will then allow the third party to be a member of the alliance they are selling to, diplomat or not. They chose the third party so it's up to their judgement. They may very well chose a third party that is part of that alliance, but they'll do so on their own merit. They wouldn't just hand it over to anyone with the label "diplomat" and hope for the best. What's to say that diplomat isn't defecting? Taking both the isk from his alliance member, and the titan then jumping into a cushy non-diplo spot in another alliance, where his reputation is meaningless. That's where trusted third parties come in.

And I think CCP designed it this way on purpose. They want to encourage social interaction, that's always been the way. They don't want everything done through the contract system and markets, they want people to have to build trust and work together.

Enter PL and lowsec Corps...
PL you need a super to even enter, and you can't build supers in lowsec.

the use of PL can be argued, but they seem to be very useful in lowsec.

Given there are many alliances that would scam someone for the money or would instakill the super once it is delivered...

Aliance Diplomats are just "another guy to trust", so essentially it is a matter of "trust the alliance selling" or "trust Chribba"

Also, I'm not a lowsec player (currently I don't play at all) but, I really doubt that your assessment of who "needs" them, or for who has use for them is correct.

Non alliances buy supers so that they can hot drop. They want no other use out of it.

That is pretty much nonsense. I expected you would complain about people trusting a Wiki site instead of knowing who proper third parties are.
First of all, the scammer didn't pretend to be Chribbas alt. He put himself on that (freely editable) Wiki page as a person that occasionally helps other well known third parties. IMHO that's a huge difference. Ofc it's a lie, but if that was a bannable offense Jita local should be empty.
Arguing that it happened on the Wiki makes no difference. Unless you have no clue what a Wiki actually is.
Then, many supercaps are actually private property, not Alliance assets. In the end, the ship is on one account. You cannot technically have supers that are somewhat shared by the Alliance unless the pilot lets you jump in. So there are people that end up with supers they don't need anymore, maybe because their corp left the alliance or whatever. And btw: Why shouldn't corps without an alliance tag be able to get supers? They cannot build them, but they shure may have use for them.

how do you lose billions of ISK in a titan scam? they use contracts? right? or what do they do?

I don't understand this at all.

@Sugar and others: I'm sure a decent corp/alliance can arrange a deal with a sov-holder to supply them the supers for a decent fee.

@Anonymous: supers can't dock, so can't be traded or contracted. The "trade" goes with the seller ejecting from the ship and the buyer boarding it. Scamming is trivially easy.

now I get Chribbas service. and the diplomat idea. and scamming around it. Well I can't imagine that a Goon diplomat can be trusted, so I would rather have Chribba involved.
Doesn't Red Frog do this kind of exchange too? Or do they only transport/courier.

"I'm sure a decent corp/alliance can arrange a deal with a sov-holder to supply them the supers for a decent fee."
Sure they can, but there's no way to guarantee neither side will break the deal.

@Lucas: alliance diplomats use to keep their word. When (otherwise fighting) alliances joined in Asakai to shoot Goons, they did not shoot each other afterwards.

BL kept their agreement with Goons that they let go the captured Goon slowcats and then help fighting TEST on Goon side instead of running off with the money.

@Gevlon: It doesn't really matter what deals an entity can settle with whatever sov holding alliance. In the end there comes the time when the owner ejects and the buyer boards. And nobody in the world would bet on any so called diplomats that they would keep to their word and let go of the money and the ship. Even if they are dark blue to me.
It's fine that you never had a super but then refrain of commenting on the matter. I was in a lowsec corp with approx 20 active ppl, and at one time we did have a titan and several supers, bashing it out with Rooks and TEST in Aridia. No way in hell would we have accepted any other third party than Chribba.

@Gevlon:
"alliance diplomats use to keep their word. When (otherwise fighting) alliances joined in Asakai to shoot Goons, they did not shoot each other afterwards."
But they don't always keep their words. Being Ex-TEST, would you trust a goonswarm diplomat with an 80b isk transaction? Hell, would you trust a TEST diplomat? Since high ranking members of TEST were grabbing everything not nailed down and jumping ship, I wouldn't.

The fact that an entity has kept a deal isn't proof they always will. Erotica1 has really doubled isk. I wouldn't trust her with 80b though. BL kept a mercenary deal. I wouldn't hand them a Titan and hope I got the isk though.

@Lucas: every time you put your super to an alliance/coalition op, you open it to being awoxed. Sometime they are awoxed, but very rarely.

Actually, if Goons would have an official supercap selling program, I WOULD trust them.

Or you say PBLRD is a scam?

I generally find it acceptable to trust a third party when i am sure that they have more to lose than to gain from scamming me.

In current Eve, with identities being so easily falsified, individuals have pretty much nothing to lose from scams, and all the loot to gain.

Corps are a bit different in the sense that they are harder to falsify, but also cannot be really made to pay for their transgressions.

If, say, CFC steals your titan, then there is nothing you can do about it. Bitching and whining about it will only, in a perverse way, have everyone thinking how CFC are so cool for scamming an idiot.

Now, if you happened to be in a position to really hurt CFC's strategic interests, then it would be another story. However, people who arrive at these positions in Eve generally don't get their titans scammed to begin with.

Gevlon's suggestions have a problem in that they seem to severely increase the amount of work GMs will have to do.

Not sure if implementing these makes business sense for CCP. Simply put, the amount of players and revenue these changes would draw in (zero, more likely negative) will not come even close to covering the amount of extra work CCP would need to do to support the game.

I take it my other comment didn't pass moderation since I suggested you were less than respected?
Doesn't change the fact that even through an "official" business, goons would scam you, just because you are you.