September was a very interesting month for rats. Using the downloaded Dotlan data, I first plotted the daily rat kills in the 3 regions of known space (no data from WHs): 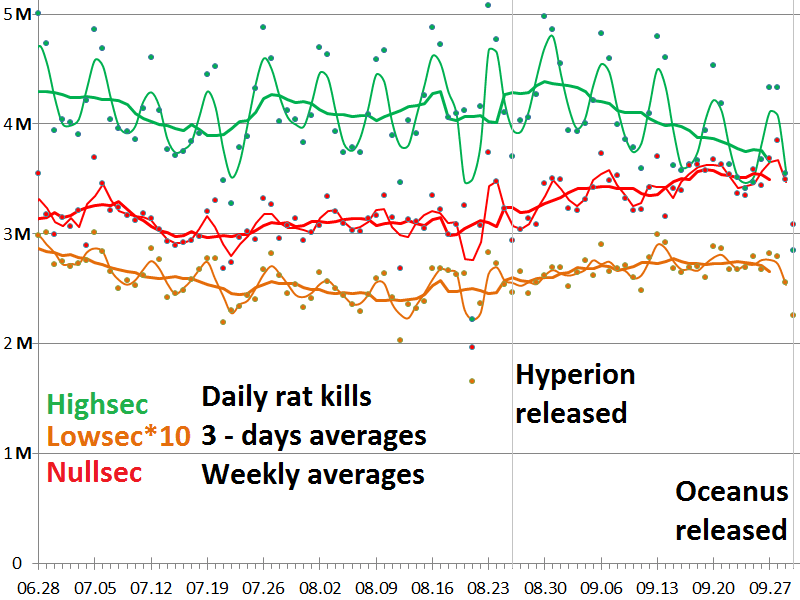 We can see significant changes on the graphs. It's hard to tell that Hyperion or the end of the summer is responsible, but highsec ratting dropped significantly, while lowsec ratting increased and nullsec increased by 10%. While the weekly averages haven't crossed in September, they are closing to the historic point when more rats die in nullsec than highsec. This is a clear warning for CCP that it's not nullsec they should focus on, even if part of the highsec decrease can be explained by Burner missions that kill only one rat - when successful. Also, while highsec retained its weekly oscillation, in low- and nullsec, the 3-days average is hugging the weekly average, meaning that the ratting in weekends isn't higher than the ratting in weekdays, which means no-lifer or bot ratting dominance. This is the nullsec regional ratting data in million rats, with a last-month position change column, so the -2 for Oasa means that Oasa is now #4 but was #6 in August. We can see that Deklein and especially Branch increased its ratting badly. On the one hand I'm happy that I recognized the Branch threat early, on the other I'm not that I couldn't stop it from growing and filling the CFC coffers.

Talking about CFC, they managed to increase their percentage of total ratting, almost catching up with N3. HERO is still horrible in ratting numbers (% of total monthly nullsec ratting, same in the alliance breakdown): 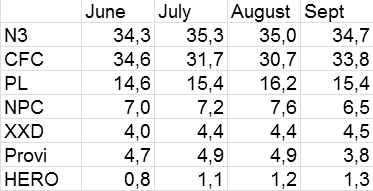 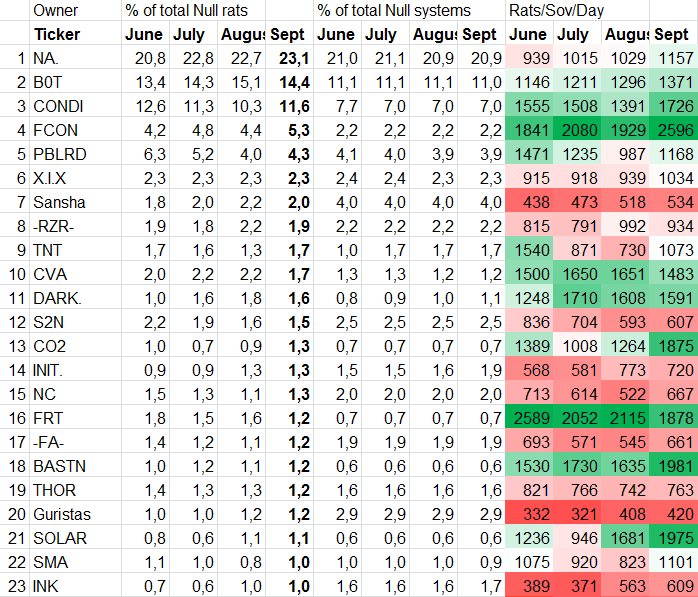 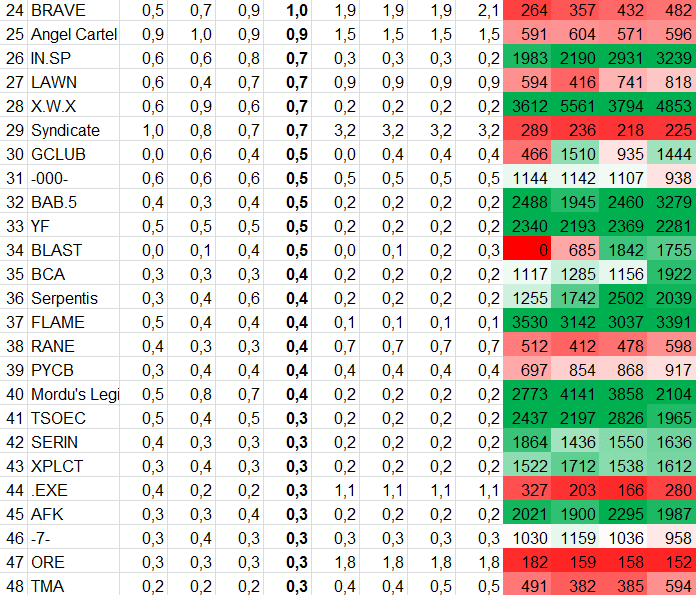 What can I add? Just the usual: money is power. The one who controls ratting controls nullsec. This is why pirates are very important and can deliver a larger blow than supercap blobs.


PS: the Burn Branch post was updated with more detail in the kill distribution.
at 03:00

Sorry, the decrease of rats killed in Highsec has nothing to do with burner missions. 75% of burner missions are declined, so very few burner missions are flown.
The decreas in highsec is a sure sign that due to all the accumulated nerfs in highsec and the continuing incursions drama, more and more people stop playing in highsec. People either leave the game for other cool games, like archeage, or simply are fed up with the way CCP treats their customers.
Those that are dedicated to go on playing EVE, will join a nulsec entitiy and rat more or less peacefully.