The title is misleading, since there was no Battlement Coalition in July. It was created in mid August. However its members existed and fought against CFC. I did a complete analysis on CFC PvP activity in July, so I redid it with the assumption that Battlement Coalition existed.

It isn't fair as the whole is always larger than the sum of its parts and also some of these alliances weren't deployed against CFC, so their main PvP activity could not be seen on the CFC killboard. For example Never Look Back didn't kill a single CFC in July, while their recent killboard is full of them. Still, the July data is more than nothing. As always, the data is de-whored, if you did 1% damage of a 100B titan, you get 1B kills booked, not 100B. 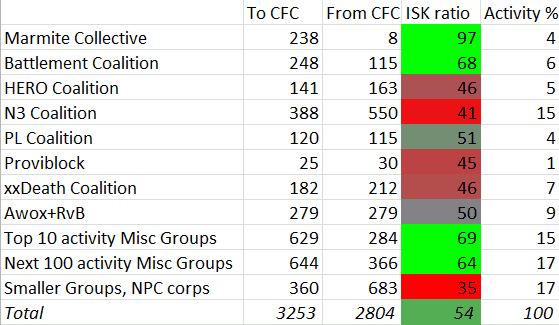 This is the redid summary, with Battlement inserted, along with Marmite Collective which does coalition level damage alone. The problem is that "coalition level" is actually "around 5%". An average enemy coalition has this magnitude of activity (kills + losses) alone. The soon-to-be-Battlement wasn't different. They did 248B damage to CFC and had 115B from CFC losses which isn't bad, but still just 6% of the CFC activity. The good thing is that their ISK ratio is much better than of the other coalitions, since they weren't (and aren't) Sov-holders facing the blob, but pirates massacring ratters. 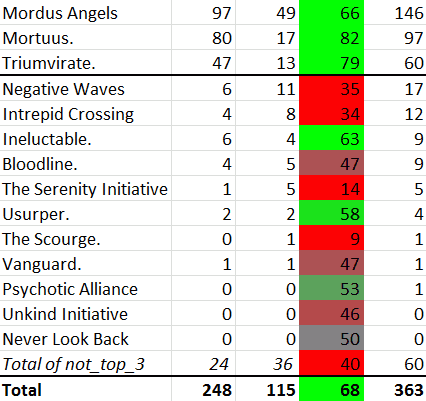 The list of the individual members show problems. The members after the #3 combined had as much activity as #3 alone and their ISK ratio is plain bad. I repeat that this can be because of not being deployed against the CFC, but still this doesn't look promising. The first 3 members on the other hand are long-standing anti-CFC pirates, so we can hope that the rest learn from them in combined gangs and get to their level.

However these results pose a serious risk for the newly formed coalition. I've found that MoA killboard ratio and CFC overall ratio strongly depend on fleet sizes. In short: CFC gets massacred in small-gang engagements but wins most of its large-fleet battles. So if Battlement forms up with 100+ pilots for various timers, they will indeed do nothing but provide entertainment to CFC pilots. I hope they'll stick to small gangs, destroying CFC ratting, industry and renters. The risk is coming from the alliances with large-fleet background in the coalition who can act as bad influence.

Of course if they want to grow, they need income, and CFC moons are an obvious source. However they need timer battles, so I'd rather let individual members siphon the towers and base the alliance finances on donations. The CFC earned hatred all around New Eden, it won't be hard to find donators.


Finally, a teaser image from our recent campaign with MoA (and now coalition members help, you can see when they jumped on the boat) against the Evil. This is going to be huge, official results will be published on Sept 1: 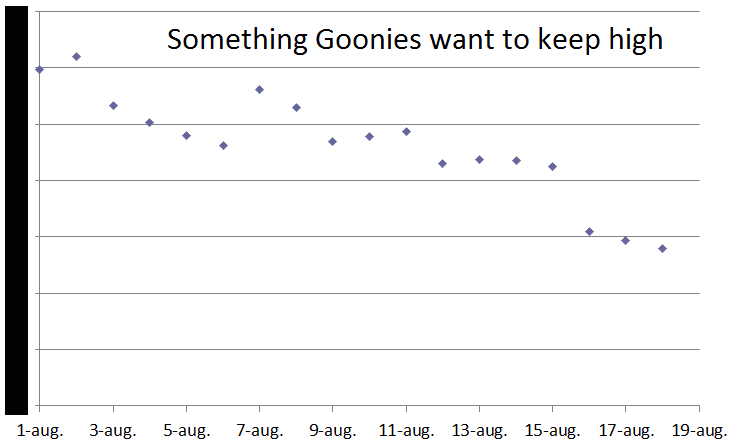 PS: Don't make guesses in comments, I'll moderate them out. Just watch and laugh!
at 03:00

I have the feeling that they may surprise you if they start getting 100+ pilot fleets. I know HERO has ben impressing me lately with some of their new doctrine fights.

From fighting "The Battlements" in Cloud Ring, they certainly don't massacre us in small gang engagements.

They usually hit our infrastructure in bombers (and then cloak when our gang enters system). Then they either don't show up, or somehow lose while fielding a 40-man BS fleet vs. 15 T3 BC's.

Oh and we stole their POS yesterday. I can see how they're massacring us - we're about to start dying out of laughter.