If only someone could predict crazy supercarrier ratting 3 years ago 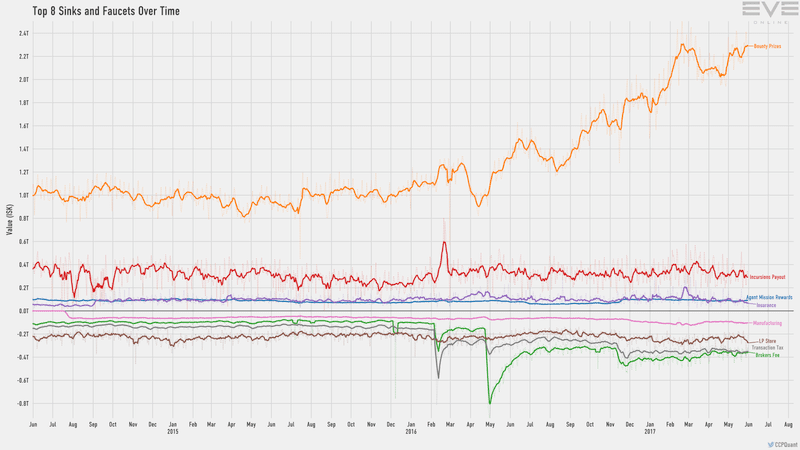 Extreme, indeed. I left EVE just when it started, noticing that from that point not even the best play can compete with the advantages given out to "the right people" in the Citadel expansion. But it's not when I knew it's coming. It was in Sept 30 2014. I wrote a post that was copied to EN24 (proving that I didn't stealth edit some old post to look perfect match). It was about the "document of shame", an open letter written by most "leaders of nullsec" demanding boosts to ratting and removal of conflict drivers. I wrote:

I urge CCP to realize that the signatories are personally depending on Nullsec being stagnant and would go great length to prevent any conflict. The best event that ever happened in EVE – B-R – which brought unprecedented player influx to EVE is their worst nightmare. Where we see a spectacular battle, they see $300000 lost income! The ISK they have to give to their pilots to reimburse the losses is an ISK they can’t keep for themselves for “purposes”. Remember when Montolio lost his coalition overnight for trying to play EVE instead of Jabber or when Nulli was reseted for trying to remove Providence that serves as a distraction for all to prevent a N3-CFC conflict.

The crucial point is “We believe that vast swathes of conquerable nullsec are essentially worthless to our line members and can only support the activity of a handful of players in each system. We would like to see the value of individual systems increased to support a dense ecosystem of players undocked and interacting within single system.” In short: “we need solar systems to allow more ratters”. This is numerically provable lie. Let’s look at the Dotlan toplist of August. Best ratting system: RQNF-9 with 578665 rat kills. So you can surely kill at least this amount of rats in a single system. If we assume that it’s the theoretical maximum (it’s not), than in all 3295 nullsec systems people could kill 1900 million rats in a month. Number of rats killed in August in Nullsec: 97M. Yes, that’s about 5% utilization and these shameless liars claim that nullsec is full and ratting should be made easier.

Why do they do it? Let me translate “a dense ecosystem of players undocked and interacting within single system”: “50+ Nyxes ratting in the same system in fleet under cynojam.” Each is farming in its own anom, if one is tackled, the rest warp to it and no small gang can break the spider tank of 50+ Nyxes! Currently such farm is impossible as a system can’t support more than 4-6 Nyxes, that is too small number to tank BL, Snuff Box, MoA, Tri or Hard Knocks (they didn’t sign, surprise!).

Well, they are using Hels, my bad. Since CCP accepted their demand, every change pointed to this direction: less conflicts, more anoms, stronger ratting ships and as a bonus, market control via citadels. Needless to say that for a game that sells itself as "PvP", this is suicide. But the devs pressed on, because they are not loyal to CCP nor care for the survival of the game, they are loyal to their "content creator friends". Their loyalty is so strong that they'd cover up a real world crime, run a cyberbully campaign on any player daring to shoot their spaceships in a spaceship shooter game or give them IP and marketing for free to bank $150K from CCP customers.

And this won't end with the nerf. While the nerfs will decrease the 140M ticks to 100M, someone running 17 supercarrier bots will still make 4-5 Billion ISK per hour, while not even at the keyboard. What would end this? Let's consult that 3 years old post:

What should CCP do instead? What they did with ice belts! Anoms spawn and if you rat them out, they won’t respawn in X hours, you must move to another system. Make the spawn rate so high that perfect ratting would allow a bit less than what’s killed today. This would make the space used, as ratters would need to move around. It would also force PvP as safeing up and waiting for local to clear would mean that others kill the limited anoms.

Will this happen? Don't hold your breath!

Supercarrier ratting is not new. MOMs were the thing before that, lagging systems with their drones.

They are actually mostly using Nyx, and if you think it is safe, take a look at the killboards.

Before you do, run some maths. The Nyx in the 5d period quoted by CCP made enough to replace 100 of them.
T1 cruisers in the same period made almost the same amount of bounties. How many T1 cruisers do you think 2.5T can build?

Why did CCP not include T2 cruisers in their data?

But, sure, the only problem with isk faucets is super carriers....

Why does the value of ratting go down by 10% one month, then up by 10% the next month, then down again, while the money supply goes continually upward?

You should look into that.

They could have influenced the spawn rate of the anomolies easily without impacting the effectiveness of fighters (which also get used in defending Citadels and get no benefit for skill bonuses).

CCPs mention of PvP as a reason was effectively a footnote: a interesting comment but not the driver for their decision.