No one else could beat Hillary

My election punditry is closing to its end. I'm already working on a League of Legends database. But history is being made right front of our eyes and I was on the right side. So forgive me, but I'll enjoy these moments.


You can't beat someone playing unfairly by fair play. You can only beat him by pointing out his unfair play and get him disqualified. For this reason, no Bernie, Jeb, Cruz or Rubio could have won the election against Hillary. Her unfair plays were: These would have destroyed Bernie, Jeb, Cruz or Rubio if they ever were a threat to her. Her most commonly cited issue, the e-mail server was a management tool for the above. You can't reasonably manage such large organization with face-to-face conspiracy. It was managed via e-mails, believing that her server - while it's in itself illegal - won't be prosecuted.

Donald Trump was the only possible counter for this because both him and his supporters relentlessly demanded prosecution of Clinton. Only a bold, "if they go low, we go lower", anti-establishment person could do that. Can you imagine Jeb leading "lock her up" chants?! This was crucial, because victory could only come from making the people believe that there is a conspiracy, the polls are rigged, the media is literally edited by Donna Brazile, the sea of ads is coming from illegal money. A person who accepts the media as impartial reporter of facts can't be reasonably anything but Clinton supporter. A person who accepts the polls has no more reason to waste his time voting than a Wyoming Democrat (you shall still do it, just to make a stand). A person who sees 10 Clinton ads for 1 Trump without knowledge about finances can rightfully believe that Trump given up on his state.

To be able to do the above, three things were needed which were not available to Bernie, Jeb, Cruz or Rubio, just to Trump: There are always dissenters in every corrupt system. However when the system is intact, only Edward Snowden type of dissent is possible. If you just speak up alone inside the system, you are told to shut up and you get no support from anyone (even from those who agree with you but afraid). The FBI agents believed that they are powerless to do anything short of going Snowden - but most people don't want to throw away their lives for an ideal with little practical effect. Remember, while Snowden became famous, the NSA was not shut down, no US "diplomats" were expelled from countries where they spied, the USA was not forced to apologize or even promise that they won't do it again. So Snowden didn't actually achieved anything for throwing his life away. This was the prospect of the FBI agents who would just grab the collected classified e-mails and run for Hong Kong. They might make some noise, they would embarrass Clinton and the top dogs, but there would be no legal consequences to anyone but himself.

But tens of thousands shouting "lock her up" on rallies, "you'd be in jail" told into her face in the debate by a major party presidential candidate and the epic "keep you in suspense" about effectively starting armed revolution gave lot of support to dissenting agents, finally forcing the top FBI officials to do their job. The case was reopened, and despite they could somehow push it back below the carpet, the damage was done and Hillary was defeated.

The above isn't my punditry. It's his.

The only risk left is that the establishment will try to isolate him from the people. What they couldn't reach with "Crazy Donald can't build a wall because he'll never be president" can succeed with "Great President Trump in his infinite grace should allow undocumented people to stay". But I'm not too afraid of that. Despite he is president elect, he keeps tweeting in his unique style, to the people directly, bypassing the media, which was, is and forever will be his mortal enemy.


PS: look what a single apostrophe can do: 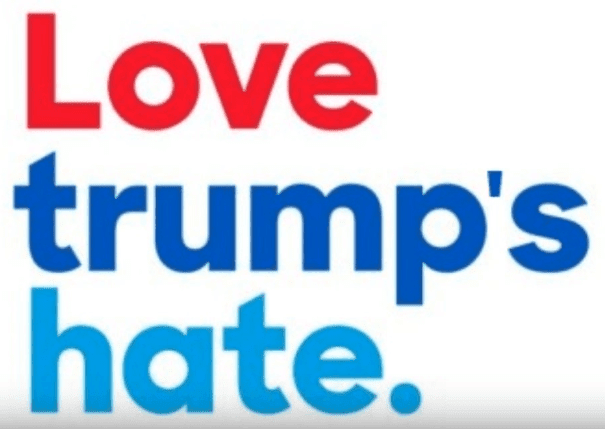 Trump didn't defeat Hillary. She defeated herself. Trump received less votes than either of the two previous Republican candidates. He didn't win over new supporters or grow the party, she was just the worst candidate possible. I think you got your headline backwards: Trump couldn't have beaten any other candidate. For the record, I voted for Gary Johnson.

Sorry Gevlon, but Your analyze is not supported by data. When You compare votes from 2012 and 2008 You see the same number of republicans voting, but +3m votes on Democrats. Hillary losed 3m votes, by being self, while Trump didnt gain any more than others Republicans.

Thus, this elections wasnt "won" by Trump. It was losed by Hillary.

You realize Trump's own campaign gave him a 30% chance to win, the same as fivethirtyeight.com? You are actually making the claim that not only did Hillary manage to rig polls from dozens of independent pollsters, many of whom are conservative leaning organizations, but she also somehow managed to rig Trump's own internal polls?

@Marek and David: Hillary would have destroyed any other opponent with the same amount of votes. Do you think campaign of Ted Cruz would survive 12 women claiming he assaulted them? Do you think even his marriage would survive it?

@Samus: yep. They probably tapped the phone lines and when pollsters called voters, they reached a Clinton mole. The polls were not 2% off, they were 12% off. Then in the last days they magically jumped near the accurate to prevent the error being too obvious. Do you think magically 12% people just turned from "Love Trumps Hate, immigrants are welcome here" to "build that wall!" Because that's the alternative of rigged polls.

It wont affect their vote rates, simply because in this elections republicans didnt get any NEW voters. This means, that people that voted for Trump wouldnt listen to media bullshit/drama anyway.

I mean, media influences undecided voters. But these didnt favourized any group, as You can see from polls. So in the end, not only Hillary manage to make her own people not vote for her, but also all of the attacks against Republican was completly useless, since they didnt sway republican voters from voting against Trump.

Hillary did the same mistake, as PO in Poland. They though all they have to do to win election and extend their rule is to attack opposition (PiS) while people get tired with this and they didnt vote for PO, which allows PiS to win elections, because of they faithfull electorate.

I find it hard to imagine that the only thing that the Donald's ability to completely brush off the character assasination attempts were all down to his winning personality.
Normally, the character assasination works by having the person's surroundings want to have nothing to do with the person anymore. The reason multiple women claiming that someone is a rapist is dangerous is because this accusation alone is usually enough to have other people treat the accused as a pariah (no matter what the courts end up saying on the matter).
Why didn't that happen with Trump?

Also i was under the impression that Trump managed to get some votes of the people who didn't vote before.

@maxim: his core voters were working class rural people. They don't believe the media, so they dismissed the libels as "liberal lies". They filled the rallies and social people gravitate to the VISIBLE crowd. "60% is for her" written on NYT doesn't matter to a social, while seeing 10000 cheering people (0.005% of the voters) has huge attraction to them.

His immediate surroundings were paid by himself. People put up lot of crap with a person who pays their bills. All the big donors turned from him which would end any other campaign.

You know that speech you linked... that was pretty damn great. I'm betting only 1% of the american population has even watched this.

Not much point arguing with the commenters. Trump outperformed Romney in every single demographic. The "uneducated white male" voter is a myth—he actually won the college educated group. And Trump won three states entirely because 1.1 million blacks stayed home.

He didn't lose the popular vote by much. The final result was 60.3 million to 61, and even CNN was expecting him to win that when the difference was <100,000. The left's biggest mistakes were expecting Obama-like turnout and underestimating the silent voter.

if you don't want to vote. at least give an "invalid vote" so your participation is loged! I take my 5yo son with me and let him draw in the voting booth on the paperballot. until it is fully electronic after that I will vote via post. I did this since my 18th. because I don't see the worth of politics. had downloaded previous campaign PDFs. googled all the points of the party in power and dissected the compromise of all points and came to the conclusion that it absolutely doesn't matter who you chose. So I chose no one and that means invalid vote. so I get calculated as participating but stating that they better should suck on steel pipes or hug kangaroos.

You keep saying that the emails should have her locked up and that the media is so liberal that they excuse her, but yet the liberal media kept bringing up her emails and did not keep bringing up the many accusations against Trump such as his scam university that no one mentioned after a couple days. Are you sure this is not just confirmation bias?

Although I "liked" neither of the candidates, I am happy for The Donald. Hillary Clinton's campaign was funded with over 25 million dollars from countries likee Saudi Arabia, Qatar and Morocco. All theses are countries in which feminism could do a lot for suppressed women. Hillary, while emphasizing the she is a woman and therefore women should vote for her, took money from patriarchic countries without hesitation. Any woman with self respect would not have chosen her for her simply being a woman.
Feminists who produced tear videos after Trumps victory had indeed very secist views about their fellow women. They thought that these women would vote for sexist reasons and with no reasonable thought. Instead, a lot of women did the opposite and decided taht they would not want a crooked female candidate who accepts money from people who whip woman that dare to leave their homes alone or drive a car...
This only shows how sexist these feminazis are and how poorly they think of their fellow women...

"But history is being made right front of our eyes and I was on the right side. So forgive me, but I'll enjoy these moments."

History will tell if you were on the right side.