You call them newbies? I, Object! 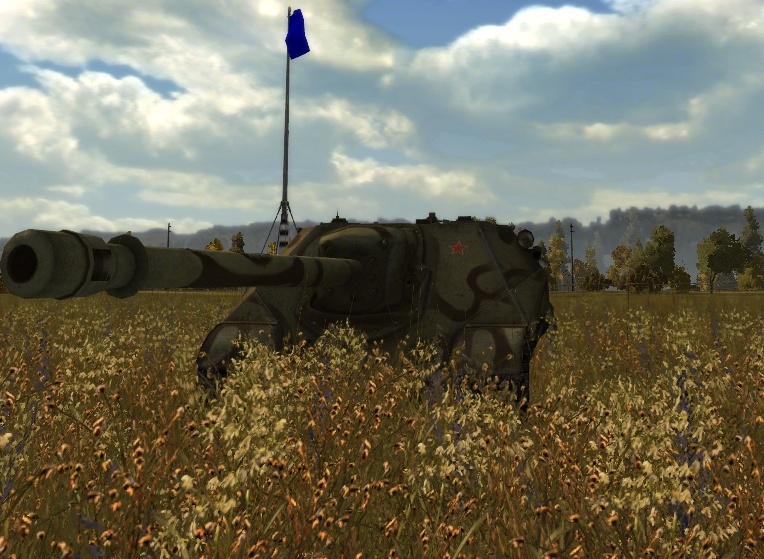 Those who don't play World of Tanks can't get the pun, it's about the name of this tank, "Object 704". This is a Tier 9 tank destroyer, there is no bigger than this, this is an endgame tank.

One has to play 1000+ matches to get into the "endgame", the matches of the top tiered tanks, simply because you can't buy experience points in the game (you can only convert them from other tanks, but you must play them). Researching this tank needs researching all its predecessors, which takes about 410000 XP. Since an average player has about 300XP/battle, you need to play about 1300 matches even if you go straightforward to this tank.

No one would call someone after 1300!!! matches a newbie. He has several hundred hours of game experience, he is dedicated and totally a "hardcore". I'm playing with and against the most experienced players of this game. Even if I could massacre lost newbies with my Marder II, no more fooling around here, I'm just an average Joe among these super-experienced pros. Right?

Oops? Despite I'm just 1/15 of the team, I can shift the win rate from the average 49% to 60! If we'd exclude draws from the results, I'd have 64% winrate. My average winrate with all tanks is 56%, placing me to the #10.5K spot out of 500K+ players. People with 60% winrate are in the top #2K and if you check the toplists, most of them are "cheating" their rating by playing low tier twink tanks mostly or even exlusively. So, I can get top results among the most experienced players. My girlfriend don't even have an Object 704 yet, so I gained these results all alone (can't wait to see our combined results).

This alone disproves the "newbie" claim, the last of the "he is bad out of his control" ideas. Socials pull this claim when all other excuses are depleted. That guy who we see being an idiot is just a lost new player and it's not his fault, we've all been new. Not anymore! If it would be true, than my superiority would be biggest with small tanks and then would diminish as I'd face better and better players. Except it doesn't. The Jagdtiger drivers are not an inch smarter than those who run around in a Panzerjager I. My winrate with the different tanks is affected only by relative tank strengths. The mid tier tanks often face enemies they can't harm, so no matter how bad the enemy player is, he'll win. Both the Marder II and the Object 704 are capable to destroy anything they face, so I can't get into a situation when I simply can't win. However I'm not overpowered as the enemy team also has equally strong tanks.

"Experience" is like "play time", a lame excuse for simple idiocy and uselessness. No matter how much time a M&S spends in the game, he'll still suck, because he is a moron or a slacker. He can be killed in the same spot 100x without him coming to the conclusion that going there is a bad idea.

So please don't use the terms "newbie", "noob" or even "E-bayer" to bad players. By doing so, you place the sub-conscious assumption that his sucking is out of his control, and by playing more he'll be better. He won't. He is unable or doesn't care to. Use "moron", "idiot" or if you are polite, "baddie". That shows correctly that he is bad, opposed to he is being bad. His real life attitude, the way he approaches the game must be changed to make him be better, giving him ingame items or game time won't help. He doesn't approach a match as a puzzle to solve, he jumps into it without considerations and see how it goes. He comments "lol" or "ffs lag" after he died in some impossible situation without gaining any new insights.

World of Tanks is a good test game for this as here your income can be negative (your repair cost can exceed your reward) and after death you don't respawn, so the usual "he plays for PvP fun" used on WoW AB bridge morons can't stand, as losing credits and watching a "you are dead" screen is surely not fun.

PS: don't ask why I spent credits to paint my tank, it's a moneymaking machine, during the 150 matches I gathered 4M credits and since I'm not planning to buy any more tanks and all my current ones are elite, I simply can't use credits anymore.
at 07:00

About that don't call them 'noob' part. Although the word started from newbie it has lost that meaning in most players eyes. I would say that words doesn't have set meaning until people give them one. While I could call someone a 'noob' and you would think that he's a new player, most would understand that I meant that as sinonym to 'bad', thus delivering the same message as calling them 'moron' or 'baddie'. The same goes for your 'gay' example a few posts back, the word has lost it's meaning as 'cheerful' and now people see it as 'bad', 'something I don't like'.

I so despite the 'noob' word. In Bloodline Champions, the kids have adopted it as their general insult if you make a mistake or die or just plain get caught by superior enemies. Well, I'm not a noob anymore. I've played over 100 hours, or about a thousand matches. Do I still make mistakes? Of course! BC is incredibly frantic and complex, and there are far better player than I. But I'm not a noob, and I know when I fucked up. No need to annoy me.

Actually, I have deactivated the chat by now. It's just rage and bile and curses anyway.

To big discrepancy between playstyle in tier 1-3 and tier 4-10. I love the Tier 1-3 dogfight and I often play every day a few games in this tier.
As a tier 5 KV and T-34 soviet medium, the MM most often put me in a fight against tier 8-9 where I dont stand a chance no matter how good or bad am I (at most I can faceroll some enemyes with the 152 gun on KV).
Too many TD and arty there also...had a match yesterday fighting against 5 TD and 4 Arty. Not to mention camping tendencies of most mediums and heavyes which makes me sad.
For me, playing my Hetzer TD and MadderII TD were most effective fights in terms of xp & credits.
I have around 900 games in this game - so yeah, Im still a new player but not so new to predict that something will change soon with MM regarding TD...love them but ....there are too many out there.

well GZ to the object, it is nice beast. Looking at your stats seems like there are huge differences between tanks you play. This also point that some tanks are better than rest no matter how good you are.

For example your ISU stats are bad compared to Object, considering that they are essentialy almost same tanks after upgrade. You will look like noob in ISU but like superior player in object. In reality there is too many factors for consideration before you can call someone idiot that I would no do it in most cases.

How about this theory: you are above average intelligence, and therefore you have better tactical insight. When you execute this, you are able to tip the slide of the game more so than the average player. Therefore, your win/loss ratio is higher.

"and after death you don't respawn, so the usual "he plays for PvP fun" used on WoW AB bridge morons can't stand, as losing credits and watching a "you are dead" screen is surely not fun."

You can leave the battleground and continue on a different tank.

Calling people "idiots" and "morons" is a counterproductive strategy, as well. It implies that their poor performance is caused by factors absolutely beyond their control ("bad DNA luck, lol!").

I see a difference in the usage of "newb" and "nub". A newb is still learning to play. A nub is never going to learn how to play, or they would have already.

FWIW, I've been going from clan to clan on the US server, and in every clan I go to, we still need to do training rooms for people with end line tanks (tier 9 med/TD, tier 10 heavy) that don't know how to:

To me, those are the most basic skills you need to know to play the game well. You don't even need to know tactics to succeed in clan war with more than that -- your commander will tell you where to go. And they don't know it.

And as soon as they get the training, their stats all go up. Survival, kills, damage done, xp per game, everything.

You have so so so many World of Tanks posts lately!

I think I'm going to have to go and download it right now.

It sound very involved. I hope that the learning curve is not too steep? That's my biggest concern.

some remark about stats :
-hit ratio should be ponderated by gun and ROF. Some guns have high dispersion. Also, a high ROF means i have more opportunities to fire, probly in a sniper role. When you brawl, you want 100% hit.

- Win ratio is essentially meaningless in a random. What's more, i have very various playstyle with my 10 "active" tanks. Given one hour playtime, i'll play the tanks i'm most interested in rather cautiously, but some i'll "nubrush", because getting say 1200xp is better than zero. Those nubrushers tanks will have very low stats; still they are efficient grinding tools...

Lastly, a personal remark about "my 4M credits aren't any use" : there are very different playstyles in WoT. Try the russian meds (brawlers) or the Light French (hit and run). If you like tactic and positioning, SPG up to T6 are awesome.

Matt, the good news about the learning curve in WoT is that it is sort of flipped from most games. You can get in arcade style at the fast, zoomy shooty low levels, and have a good time while getting comfortable with the controls.

The real thinking stuff (positioning, armor angles, spotting, weak spots, etc) doesn't start kicking in until about 1/3 of the way into the tech tree, and since you are already reading websites, you are already lightyears ahead of the average WoT player.