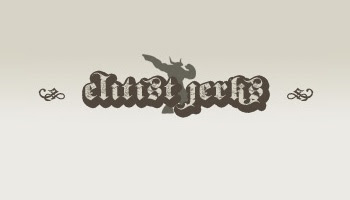 A troll wrote "There is no knowledge or skills to gain from that game, and that "i improve reaction time" is biggest and most obvious self-deceit in entirety of gaming (really, you want better reaction - go play table-tennis if not against someone then against the wall, or something like that, it will do you much better then months of video-games). The only ones who can begin to talk about RL-skill improvement are guild/raid-leaders who get to get, practice and hone their leadership and adjacent skills. For everyone else profit comes in form of relaxation and distraction from RL, and that's the only thing they get from playing."
Why do I care instead of deleting his annoyment? Because I'm afraid there are lot of people who still believe that "learning" means being bored by some textbook memorizing data that could be found on the internet anytime. Most probably this is their excuse why they keep away from any form of learning. They are also the people who - claiming that games are pointless - want to play them "for fun".

So a little list of real world skills that can be learned from games, even from the nerfed-to-the-ground WoW:
at 07:00

"Accepting the fact that there are winners and losers in life"

-This is one aspect of the game I am more and more disappointed with. For example, quest item drops in Northrend are no longer random. The chance you will get what you need increases every time you kill a mob and don't get the item you need. This is not the way real life works. Also when they release expansions, they make it easier for people to level through the old content and catch up. In real life, nobody helps you catch up with everybody else.
I agree that games help people learn that there are winners and losers but I wish Blizzard would leave people to succeed or fail on their own.

Best thing you can learn in any game IMO is "how to learn" because lots of people get out of practice at that.

If leveling wasn't faster, the game would get boring. The reality is that the only level that matters is whatever the highest level is.

No one cares about successfully doing Razorfen downs for the umpteenth time. All players like myself care about is conquering the next high end raid instance.

And when I run up alts to 80, I want to do it fast. I'm glad Blizzard had the sense to make leveling faster so people don't have to waste time on levels that don't matter.

a very interesting and entertaining read gevlon! a nice distraction from the lack-lustre grind of exam prep.

I understand your desire to 'teach' people that this is how it is, life is tough and to get used to it. Understanding any market is important to success; feed people what they want and you will profit. Blizzard have targeted and refined this market well, constantly changing WoW to the point of no aspect remaining in its original form. If they did not, this game would've died ages ago. This is also attributable to WoW's initial appeal; it was alot easier than EQ etc.

Also by making it easier to level, they've almost created their own perpetual cycle of customers. People see how easy it is to reroll now and rather quitting because of "boredom and the daunting task of rerolling" they choose to level another toon and resubscribe.

WoW is a game, it is not an educator. Society demonstrated its malcontent for high costs to education by developing public schools.

Thank you for taking you time to put a thoughtful answer.

Interesting read but as a former scientific researcher, I can tell you that it's very much a grind. Some creativity is required, yes, but a lot of hard work (essentially bookkeeping for the case of theoretical physics) is required as well.

I agree that you can learn quite a bit of real world skills from Wow. Raid leaders and guild leaders in particular learn a lot on how to motivate people. However, I think given the time most active players use in WoW, gives very little back in terms of hours spent.

I have to disagree with you - while it may be the case for you that the only important level is max, I had a great time leveling up my first character and seeing the world for the first time. It took me months, but I was okay with that - it taught me to play my character, and was perfectly enjoyable. Then, as soon as I hit 60 and found out my only options were bash my head against the wall in battlegrounds or try to find 39 other people to raid with, I quit until BC.

Options for 80s are much greater now, but I still tell friends who join not to get Questhelper, but to enjoy the leveling process.

That all having been said, I do try to level my Alts as fast as possible, not because I want to raid with them, but because after you've been playing with the variety of abilities an 80 has, going back to being able to cast three spells for your first 30 levels is a bit boring. So I also disagree with Yaggle - I'm okay with Blizz helping new characters out a bit with progressive drops and BoA items.

I actually liked this post a lot, but I'll add that EVERY job is a grind, creative or no. Even an actress would have to work to perfect her craft--memorizing and practicing, and as an amateur painter I can tell you what a damn tedious pain working on a large canvas can be when it's not going well.

Professors, researchers--there's moments of brilliance, but it's mostly focused, detail-oriented labor. When I'm writing a literary article, I'll have an idea initially, which is the creative part, but there's still the hundreds of hours of research to do and then twenty hours or so of writing to follow up. Anything worth doing is worth spending focused amounts of time on.

Great post. It's one reason why I play WoW with my sons. And I agrre with spinksville. People tend to lose the skill of learning.

I've never commented here before, but I just wanted to say that I really like this post.

I work in a creative/fun industry with a lot of entry-level people who want to break into that "cool job". As a person in a management position, part of my job is weed out the M&S who think that just because we're in a fun industry that they get to goof off.

Because it *is* a creative/fun industry there are plenty of people out there to replace them.

A note, when it comes to why people play:

I play on a roleplay server, because it keeps me sane.

At the moment I'm a stay at home father for twin boys that have very delicate immune systems. I can't take them out a lot due to health issues (current suggestion from doctors: Chrons), which means that other than the phone and internet and stories my wife tells me after work, I have no contact with humans.

The game keeps me sane, because if the boys are having a rough day (vomiting, crying, other issues), then once I get them calm and settled, I can log on and kill things to get out aggressions.

I can lose myself in a raid with my friends.

I can roleplay and relax.

So yes, while the game can teach valuable life skills (and I've learned a -lot- about diplomacy while leading various guilds), let's not forget that there are some relaxing aspects as well.

At somewhat of a tangent to the content of the post - what does M&S mean anyhow? I've never come across the term before, and find myself somewhat confused each time you use it...

People who says that you learn nothing from games are basically kidding them self. At young i have learn through auction houses other in game shops to be quick. If you were slow, the items would be gone. This alone was applicable to so many aspects of my life

First time poster here too. I really liked the last point. I think there may be some idealism to skill > gear. Some people just start off in better places or are luckier or whatever. But, in the end, if you work intelligently, if you build skill, you will be dramatically better than the people who are just coasting on their "gear".

Thanks to whomever asked what M&S meant. It was really distracting because he uses it so much and there's no explanation. Really annoying writing but I like following the economics, even if I completely disagree on most of the arguments and reasoning presented in this post. It's typical hyperbolic objectivism.

"Accepting the fact that there are winners and losers in life" - You're using a kind of straw-man here of some mythical "children" who never experience loss and somehow expect to not be judged by their actions. This is a game, and I don't mind if many other people win in the game. The game's parameters are defined by it's creator, if too many people are 'losers' the game is not 'fun.' Blizzard is providing an entertainment. Would you prefer an RPG where sometimes when you levelled up, some people were forced to stop at level 10 and just farm in Westfall forever? That's really the only comparison I see you proving.

I really think this post is just wishful thinking and a misguided attempt to justify the great deal of time spent playing this game.

I have spent alot of time on this game as well, but I am not left with anything much positive to say about it.

It's entertainment, and done in moderation, it's fun. But you are not going to learn any more from it than watching a sitcom. Yea, a few organization skills maybe, some other things, but these all pale with real life experiences.

It's a waste of time, as much as other entertainment activities are. The more time you spend on it, the more you halt real life. If you are OK with that, ok, but don't delude yourself.

Totally agree with you, there is very little value for the game. For me, I learned a ton about economics, because basically its a real-world economy except that the supply is infinite.

Other than that, yeah its just an excuse to waste alot of time. Need to take all things in moderation; if you are losing out on real-life social interactions, or school, or work, then you need to let the game go. Nowadays I only play when all my chores are done and all my other duties are taken care of. If there is literally anyting else to do (either spend time with wife or wahtever), then I dont play or log out. The game will always be there. And the guildmates? I mean they are nice and all, but they aren't going to visit me on my deathbed, if I log out for a week it will be 'what happened to that guy, oh well'. Guildmates are not real friends IMO.

"Skill > Gear. In all existing worlds."

This phrase I like - I think I'm going to make a motivational poster out of it and sell it for profit. Muahaha!

I couldn't have said it better.

I also never really understood Gevlons motivation in playing the game, as he had said multiple times that, for instance, buying "useless" things like fancy mounts is stupid. Yet somehow he manages to waste both time and money in playing this game even though it has little "value" to offer than "having fun".