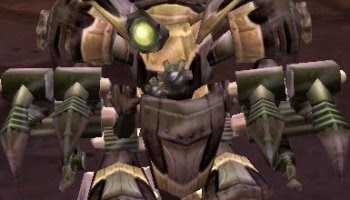 I use to get reader e-mails about business. I used to answer and forget them. Stupid me. I've just realized that other readers may have the same problem, so these questions (and answers) worth publicity.

"Dear Gevlon, I'm on your server too, I luv your blog, could you send me 1000G for starting busness, I pay it back promise :DDD"

Oops, wrong e-mail, that's not the one worth publicity.

"There seems to be a bot on the AH 24/7 undercutting every single rare gem cut for 1s. Not a single jc has been able to make gold on the AH and the gem prices crashed, hard. A fellow jc in the guild came up with the idea of offering 10% rebate in the mail for every rare gem bought from him on the AH, in order to beat the undercutter. Most people were skeptical at first, but he keeps his promise and gains more business as his reputation goes up. However, some people argue that his strategy is only crashing the market further by lowering the actual price of his gems. What is your expert opinion on his business strategy and how it would ultimately affect the gem market?"

Well, if it's really a bot and a badly programmed one, you can bust it by listing gems at 3AM for 1s 1c, sitting by the AH and buying his gems for 1c. But most probably it's not a bot, but someone who want to make money.

This case you cannot do anything to stop him. After someone acquired the recipe, the cost of cutting a gem is 0. So if the cut has no CD, the cut gem should go for the same price as the uncut. Of course there use to be a difference, since most cutters don't mass produce the gems. The lack of competition let you dictate the price. However if competition comes, the prices will decrease. If there are lot of (or very determined) competition, near 0 profit can be reached. This fall will go on until one of the competitors say: "I won't work for this profit" and quits the market. You can undercut him until he leaves or you can leave yourself.

This is not a bad thing actually, since it makes the gems available for customers for a lower price. I understand that you are not happy about it, but markets are not here to make you happy. They are here to make the society happy. You can:
I'm sorry that I can't give you a happy advice but we are surfers of the waves of the economy, not creators of them.
at 07:00

The rebate trick IS a nifty way to use social pressure to work around someone who is unnaturally persistent in uncercutting your listings though.

If you can get enough fellow jc'ers to set the price per gem he may undercut. But I doubt one person can out produce ten.

This highlights what I feel is the basic problem with the crafting economy as designed in WoW. In an efficient market the price of an item will move towards the marginal cost to produce it. The marginal cost of producing most crafted items in WoW is tiny. It's a few button clicks and some shuffling back and forth to the mailbox. The majority of the production cost is the opportunity cost of the time it takes to farm the raw materials. Hence, the raw materials have value and the crafting adds little.

My design would be something more like the real world where all crafting takes clock time and you can only craft one item at a time. Then there would be a significant opportunity cost to making an item. The crafting cooldowns accomplish this for a few items but I think it should be inherent in the whole system.

undercut the undercutter sell in small amounts and list at 12 hour increments that way you can find out how many sell in that time and sell yours and he ends up getting his all back forcing him to loose deposit over and over.

In this case, you could always go to trade chat and link your jewelcrafting at a high traqffic time, and avoid the AH entirely.

Apparently I'm the guildie mentioned in the e-mail. My guild leader pointed me here. Small world :).

The rebate has been incredibly successful for me. I decided just to approach the undercutter problem by thinking up a business-like approach: what will work? I realised that if I offer rebates:

So, I very quickly carved out a niche for myself in the market. I put up gems once per day for 24 hours, and sell nearly all of them. The only time I don't sell is when the entire market drops more than 10% below my price in that time.

I have a funny macro I throw up in trade whenever I'm in a major city. At first, people mocked me. Nowadays, when people make fun of me, other people defend me and my business. It's great. I think people actually appreciate the service and the sense of humour in the macro.

Anyway, the rebate has been a great success. I get tons of tells telling me how much they love my service and apparently, I'm having blog entries written about me :)

I actually wrote an addon that runs on top of AuctionLite that automatically cancels any glyph auctions I have up that are worth over 10g.

You can imagine the damage this could do, so I'd never make it publicly available.

However, like any good goblin, I'm $ure there are way$ I could be convinced to give it out to a few people.